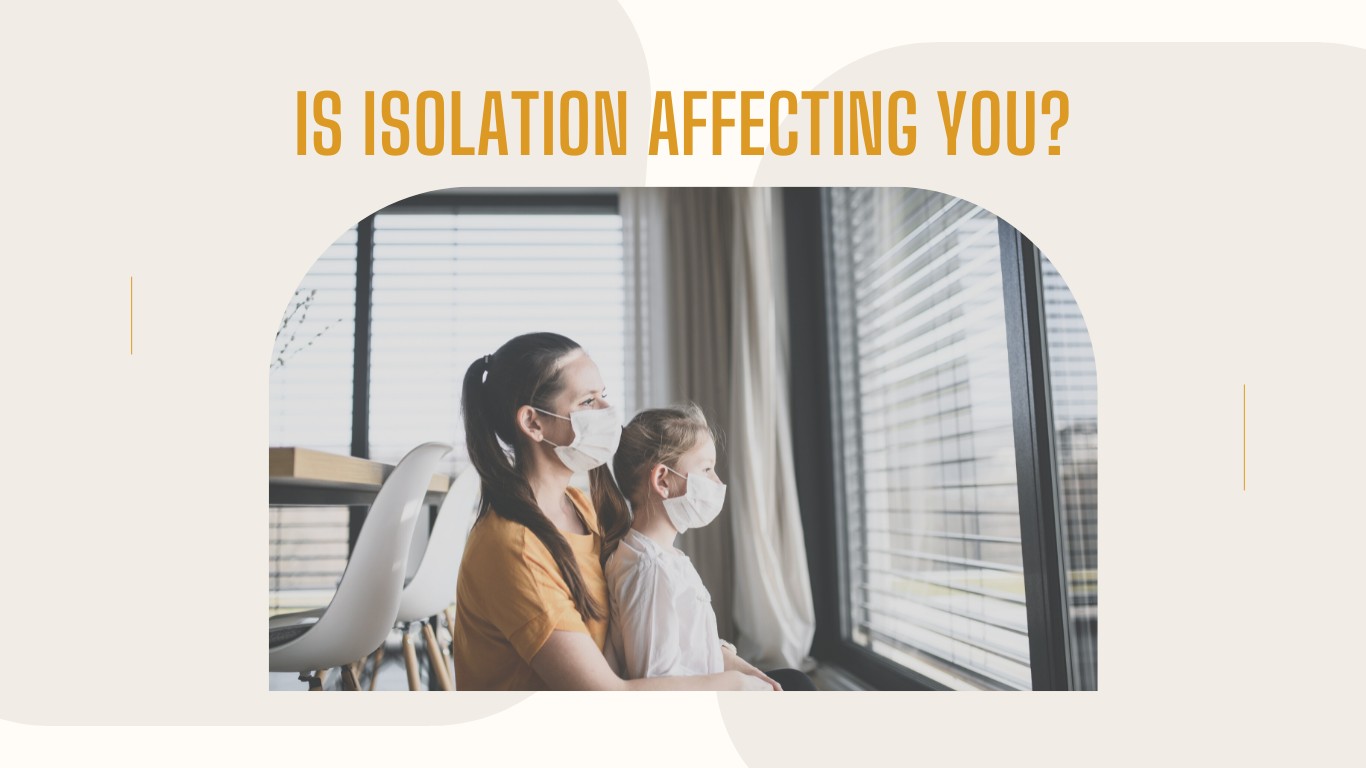 5 SIGNS ISOLATION'S AFFECTING YOU
(AND WHAT TO DO ABOUT IT)

I have this recurring dream about a transformed city—a vision of every man, woman, and child in Tallahassee empowered to live into their full God-given potential.
‍
But in the last 24 months, the real root of disease has emerged from the shadows like a roaring lion, devouring many.
‍
Nope. I'm not exaggerating. (Unless you don't think a 25% increased risk of early mortality is a big deal.)
‍
What have we discovered?

ISOLATION IS KILLING US!

But don't just take my word for it...
‍
“Loneliness among heart failure patients was associated with a nearly 4 times increased risk of death, 68% increased risk of hospitalization, and 57% increased risk of emergency department visits,” according to the CDC.
‍
And a recent study conducted by researchers at Making Caring Common reported over 36% of the population experienced feelings of constant loneliness...
‍
61% of those were between the age of 18 to 25...
‍
63% of those also reported substantial symptoms of anxiety and depression...
‍
And 1 in 4 reported having suicidal thoughts for the first time since the lockdowns began in 2020.
But the stats continue to confront us...
‍
‍ 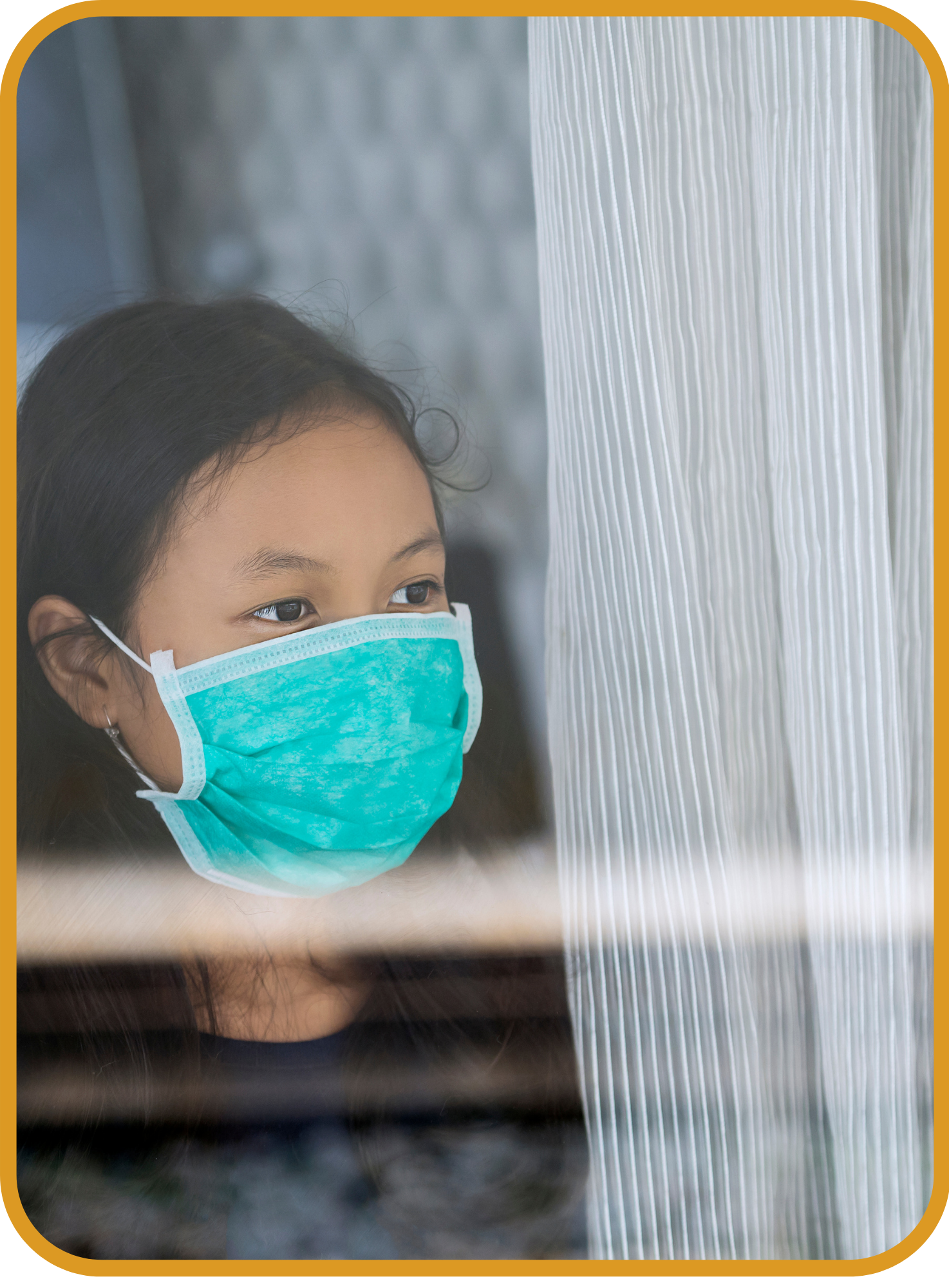 58% say they sometimes or always feel like no one knows them well.
‍
21% say they have no close friends.
‍
And the likelihood of mortality among those who feel lonely increases by 26% under 55 and 45% for Seniors.
‍
They've also discovered that loneliness and isolation have similar effects on health as being obese, an alcoholic, or smoking 15 cigarettes per day!

And what about the direct physical effects of isolation similar to the ones I help my patients overcome every day?
‍
The Japan COVID-19 and Society Internet Survey (JACSIS) proved a direct connection between the COVID-19 lockdowns and...
‍
A 23.5% increase in headaches...
‍
42.4% increase in neck and shoulder pain...
‍
16.6% increase in upper limb pain...
‍
33.3% increase in low back pain...
‍
And a 17.8% increase in leg pain.
‍
As a Doctor of Chiropractic, I've spent years helping people remove interference (called "subluxation") in the body that causes pain through realignment of the vertebrae and relieving pressure on the nerve system.
‍
But even the best chiropractic adjustment cannot repair the issues caused by a lack of authentic and meaningful community.
‍
So what's at the root of this isolation epidemic?
‍
Harvard Grad School psychologist and senior lecturer Richard Weissbourd says it comes down to a lack of meaningful connections with those who genuinely care.
‍
Zack Bush M.D. goes on to make an even bolder statement, "Isolation is perhaps the singular root of all disease. It is impossible to start on a healing mission alone."
‍
Now if you're listening to these riveting statistics, but you're still unsure of how you might be personally affected, take a look at these 5 potential signs you may be struggling with isolation and loneliness.

This can manifest in two polar opposite extremes. Some of us lie awake, staring at the ceiling, wondering if we're insomniacs. Others can't seem to pull themselves out of bed with any semblance of motivation. The bottom line, our sleep patterns can be very telling.

Occasional feelings of irritability are absolutely normal. So shake the dust off and move on, right? But what about when we can't shed that feeling of constant agitation or lack of tolerance for even the smallest inconvenience?

3. Recklessness is on the rise.

Maybe you've given yourself a shock recently, not even recognizing your own rash behavior. This often happens after extended periods of isolation as we seek to escape our prison of loneliness. Reckless behavior spikes our endorphins and serotonin levels, making us "feel alive" again. So don't ignore personal trends toward road rage, excessive alcohol consumption, or even gambling. This may be a sign that isolation's wreaking havoc on your life.

There's a phenomenon called "anhedonia" that's linked directly to isolated and depressive emotions. Maybe you once enjoyed playing music, painting, tennis, or cooking, but nothing seems interesting anymore. These could be signs that isolation and its "cousin" depression are taking up the mental space once occupied by a desire for discovery.

Loneliness begets loneliness. That means if you're feeling lonely, the last thing you'll want to do is reach out, and there's good science behind this. In 2010, a study conducted by the US National Library of Medicine found that people experiencing isolation, loneliness and even depression feel less satisfaction with day-to-day interactions.
‍
So hold up the mirror for a moment and ask, "Do any of these signs reflect the way I've been feeling?"
‍
If so, I want to make a heartfelt plea. Don't stay there!
‍
Listen, I'm not pretending the issues are simple. I'm just admitting that I can't carry this alone and neither can you.
‍
I'm also suggesting that the first step toward a solution doesn't have to be overwhelming.
‍
Over the past decade, my clinics have added every holistic health service imaginable—from chiropractic care to acupuncture, massage, and nutrition...
‍
But it's not enough.
‍
There's one ingredient that cannot be missing if we're going to experience complete wellbeing. 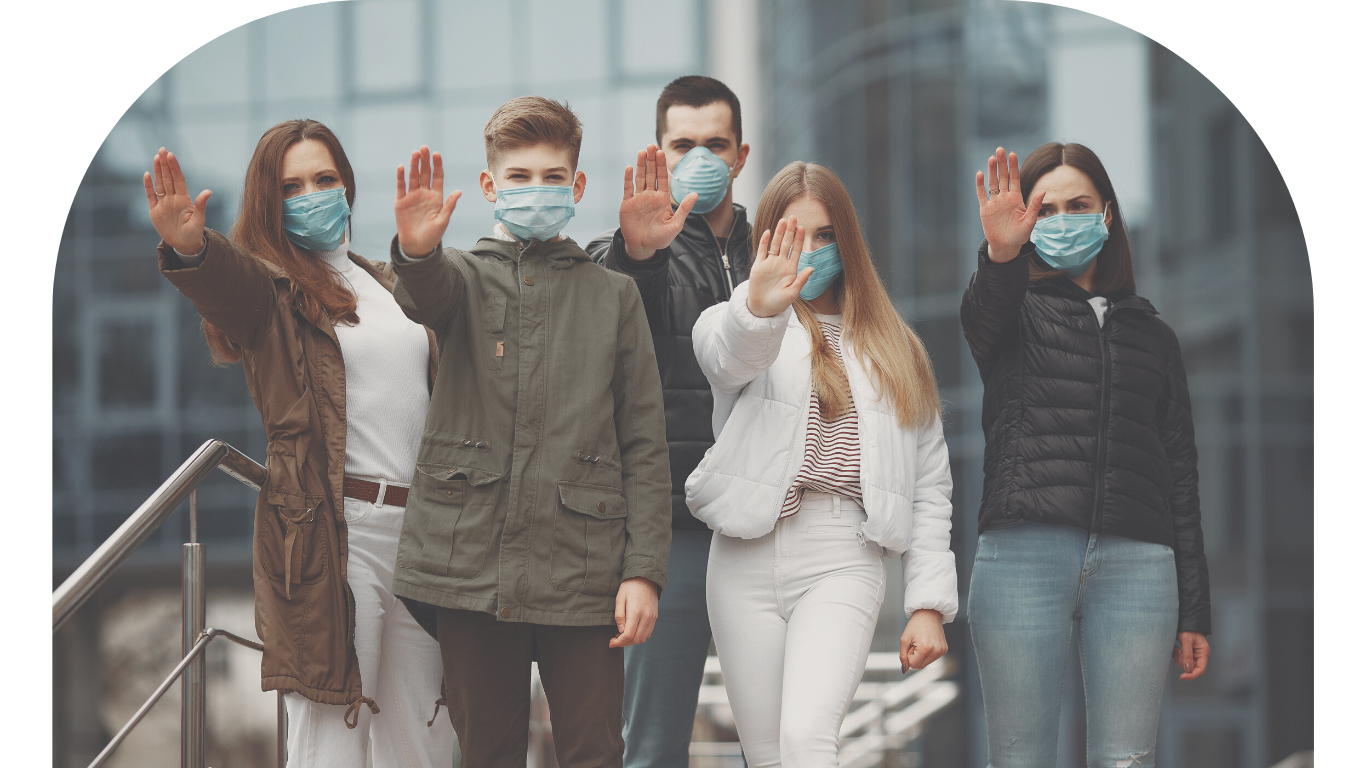 WE MUST BE CONNECTED IN COMMUNITY
IF WE'RE GOING TO THRIVE!

So I'm making an appeal to my Tallahassee community...
‍
We cannot allow the true pandemic to spread any longer—not when we (together) hold the cure!
‍
But where do we begin?
‍
It begins with an invitation to be known—to come out of isolation and touch someone else's life through the healing touch of empathy and the power of our authentic story.
‍
Here's our first step...
‍
What would happen if each of us committed to reaching out to one local contact who might be lonely each day?
‍
(Hint: Don't assume your "strong" friends are just "okay" either.)
‍
Don't overcomplicate it! Just send them a "friend check" text. Ask them how they're (really) doing. Let them know you were thinking of them and ask "What did you do today?"
‍
Something will begin to shift! I know it!
‍
But let's take a second simple step...
‍
Invite just one of those people out for coffee or lunch each week of that month.
‍
Don't try to fix them. Just ask a good question. Draw their story out of them and listen with interest and empathy.
‍
We are more "in this together" than we know! So reach out. Ask, listen, and let yourself be known.
‍
And one third and final step you can take right now…
‍
I invite you to go first—lead the way—start the conversation by giving others “permission” to be themselves. Here’s how… 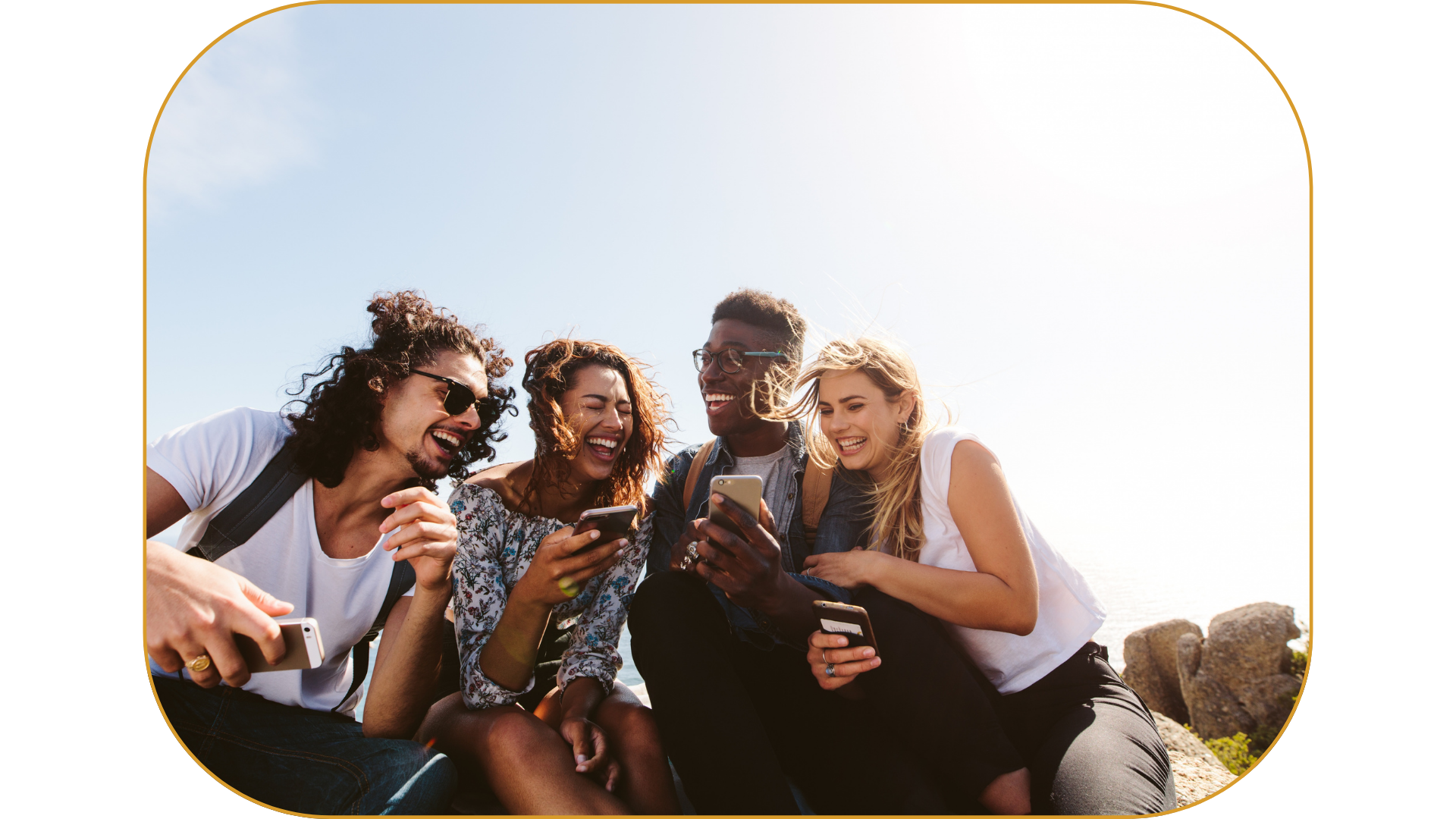 1. Share a single image and caption that tells part of your story you wish others knew about you.

Avoid the temptation to speak down or self-deprecate. Instead, let’s be a vulnerable example—extending an invitation to be seen, heard, and known.

We want to have a positive impact on as many of our Tallahassee neighbors as possible!

3. Tag a local friend whose story you’d love to hear.

Invite them to step out and be known!

and let’s show our city what the power of community can look like by linking our stories together.
‍
I can’t wait to see your stories. I can’t wait to know you and be known by you. I can’t wait to see what my “dream come true” looks like—a transformed city where every man, woman, and child in Tallahassee is empowered to live into their full God-given potential.
‍
Ready? I’ll go first!

Thank you! Your submission has been received!

Oops! Something went wrong while submitting the form :(